Every year on October 1, we look back towards the beginning of our journey, evaluate how far our work has led us and, of course, make plans for the future.

It is 1 October and we at DABOV Specialty Coffee celebrate our birthday. This is our 13th birthday! We are not fatalists, on the contrary, we consider 13 to be lucky number and we hope that this year we will continue to bring smiles on your faces, all specialty coffee friends.

October 1 is an important date for all coffee lovers around the world, by the way. It is the International Coffee Day and we consider it a good sign that we founded our roastery exactly on that date in 2008.

Since birthdays are a time for evaluation, we want to look back with you and trace our path over the years until today.

In 2008, we founded our company with a single goal: to satisfy the demand on the Bulgarian market of high quality hot Beverages coffee, tea, hot chocolate.

In 2010, after searching for high quality tea, we created the DelmarTe brand and started importing selected, premium teas to the Bulgarian market.

Since the beginning of 2010, Jordan Dabov has been a certified barista instructor by the European Specialty Coffee Association. In the summer of 2010 we founded the Association of Bulgarian Baristas, in our desire to train more baristas and coffee lovers and to spread the specialty coffee and premium tea culture in Bulgaria. Same year we opened our DABOV Academy. To date, as a primary professor at our academy, Jordan Dabov has trained over 3,000 baristas and coffee lovers.

Jordan Dabov during a Barista Maestro training at DABOV Academy.

Since 2012 we are an Alliance for Coffee Excellence member, the organization that is behind the most prestigious international specialty coffee competition, Cup Of Excellence. So far we are the only member of the organization from Bulgaria.

Since 2013, Jordan Dabov is a member of the international tasting jury of the Cup Of Excellence competition. Until today, he is the only representative from Bulgaria. So far, he has participated in competitions in Brazil (four times), Colombia, Honduras, Costa Rica (twice), Guatemala. Jordan Dabov was among those invited to the jubilee 20th edition of the competition in Brazil in 2019.

In 2015, for the first time in Bulgaria, we bought and imported coffee from the international auction of Cup Of Excellence Costa Rica, the coffee from the farm Dona Ileana.

In 2016, we bought at the online auction of Alliance of Coffee Excellence Guatemala’s best coffee (number one position in COE) which was also the second highest rated coffee in the world for that year, namely Kalibus La Sierra coffee. 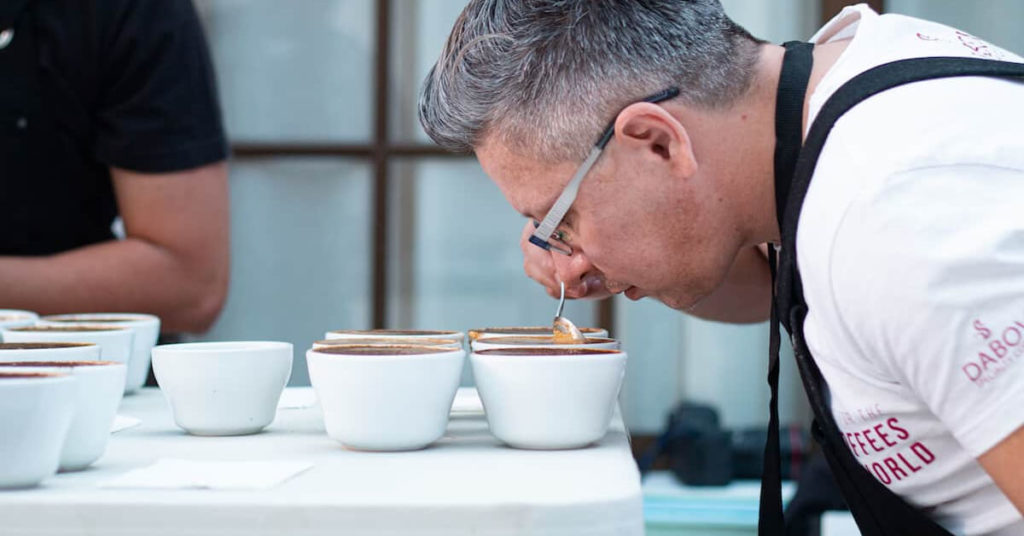 Jordan Dabov evaluates the qualities of the best geishas in the world at Best of Panama 2018.

BEST OF PANAMA INVITES JORDAN DABOV TO ITS INTERNATIONAL JURY

In 2018, Jordan Dabov was invited to be a member of the international jury of Best of Panama (Panama). He has participated in the jury three times. The same year we bought at the online auction of Best of Panama Dona Elvira coffee, which won 16th place in the competition. In 2021, Jordan Dabov again participated as a judge in BOP, and we secured the Ironman V geisha, which ranked 13th.

In 2018, Jordan Dabov became a member of the jury of the Oro de Santa Barbara in Honduras and brought from the online auction two Finca Valentina coffees, which won 4th and 15th place in the competition, and a Finca Ventura coffee, which won 17th place in competition. 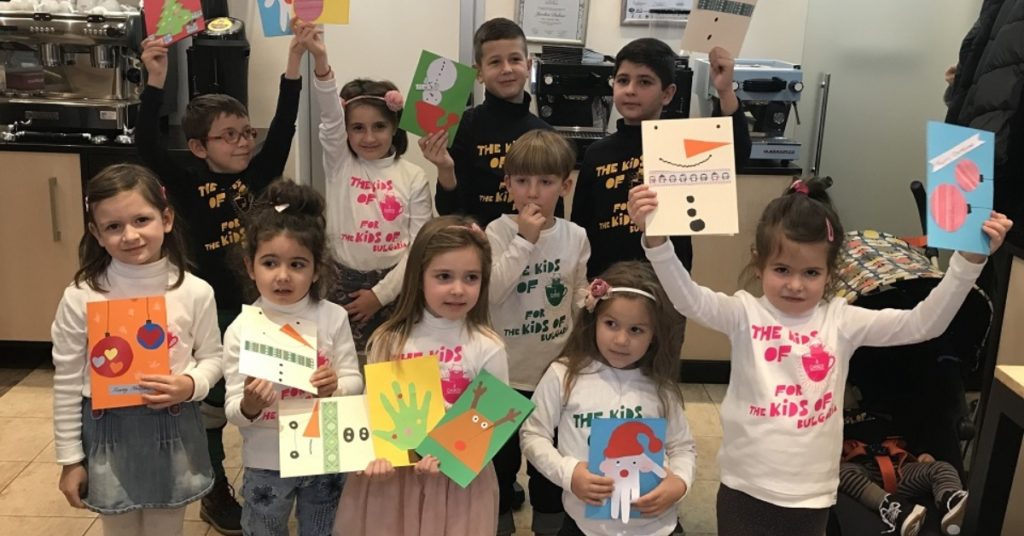 Since 2018, the children of DABOV’s employees prticipate in our Christmas charity bazaar with hand-made Christmas greeting cards.

In 2020, Jordan Dabov became a member of the jury of another international coffee competition, Gems of Araku in India. We bought at the online auction the coffees that won 1st, 2nd, 3rd and 5th place in the competition. This year our coffee hunter was again among the judges and we will offer you another coffee finalist from there.

In July 2020, we opened our first showroom outside Bulgaria in Madrid, Spain.

And only a month ago – on September 1, we officially opened our showroom in Prague, Czech Republic.

Expect the official opening of our showroom in Skopje, Macedonia in a month.

In 2021, we managed to buy four unique competition coffees from various auctions around the world. After our participation in the Cup Of Excellence El Salvador and Mexico auctions, we got two coffee pearls. The coffees from the Gems of Araku and Best of Panama auctions will arrive soon. We are looking forward to sharing with you these four coffee treasures.

DABOV celebrates its 13th birthday: What are our new plans

Of course, we plan to continue our simple but meaningful mission – too keep bringing smiles on your faces by offering you a better cup of coffee every day, day after day. We would like to continue expanding and bringing to more and more specialty coffe lovers around the world the coffees that we choose and roast with so much dedication, expertise and passion.

How is Costa Rica related to the honey processing and […]