DABOV Specialty Coffee ALWAYS TOGETHER WITH Alliance for Coffee Excellece

What is Cup of Excellence?

Cup of Excellence (СОЕ) is the most prestigious specialty coffee competition in the world.

It has over 20 years history and has been organized annually since 2009 in Brazil, Colombia, Peru, El Salvador, Costa Rica, Nicaragua, Bolivia, Guatemala, Honduras, Mexico, Burundi, Rwanda and Ethiopia.

Thousands of coffees are submited annually for this competition from each country, but only those of the highest quality are selected among the finalists. The goal of the organizer of the competition, Alliance for Coffee Excellence, is to stimulate the green beans producers to grow better quality coffee, for which they will receive a much higher price.

During the two phases of the Cup of Excellence, a local and international jury blindly cups each coffee (without knowing who its farmers are). The following characteristics are evaluated: roast color, aroma, defects, cleanliness, sweetness, acidity, first sip sensation, taste, aftertaste, balance, overall appearance.

Each of the above listed characteristics – aroma, defects, etc., is rated from 0 to 8 with O being considered “unacceptable”, 4 is normal, 6 is good and 8 is really great coffee. Cup of Excellence is mainly interested in coffee with grades between 6 (good) and 8 (excellent).

For its 20+ year history, Cup of Excellence has managed to fundamentally change the specialty coffee industry by constantly encouraging farmers to strive for higher quality and rewarding them by connecting them with buyers who pay not only fair but in many cases and many times exceeding the expectations of the farmers price.

This happens at the traditional online auction, which takes place after each competition. 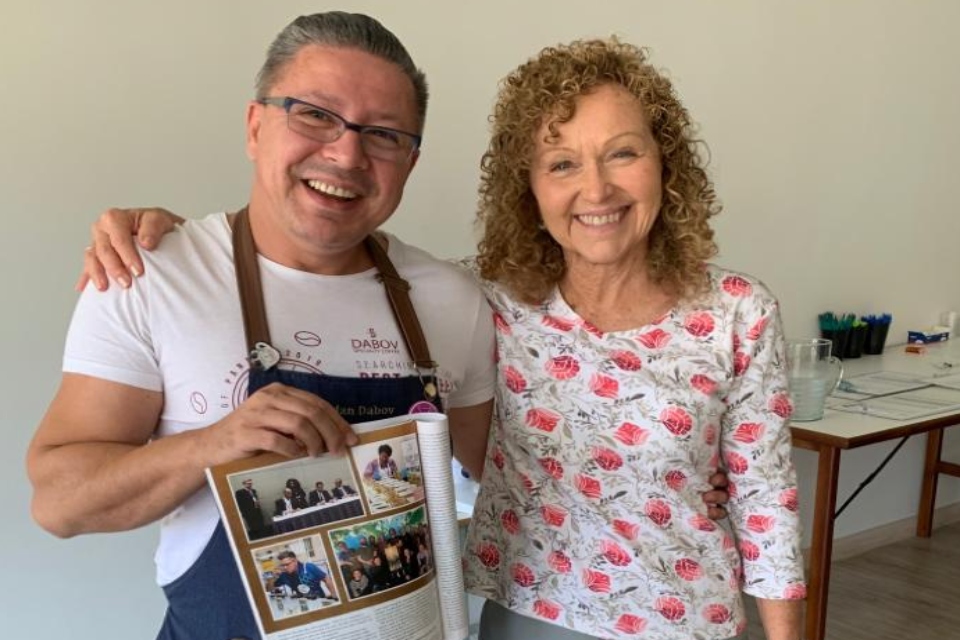 You, the specialty coffee fans, know that this is the most prestigious award given to the best coffees in the world each year. But do you know how the idea was born?

Why you should taste Cup of Excellence coffees?

Cup of Excellence coffees are grown in a special and ideal climate environment and therefore they distinguish with the lack of defects in the production and their exclusive taste and aroma. These unique characteristics are a result also of the special components in the soil, which is used for growing the specialty coffee.

In addition, whenever you buy coffee from the Cup of Excellence, you know that the farmers who produced it have received not just a fair, but a very high price for their labor. This improves their life standard, allows them to invest more in farm improvements and long-term training for the whole family and other workers. 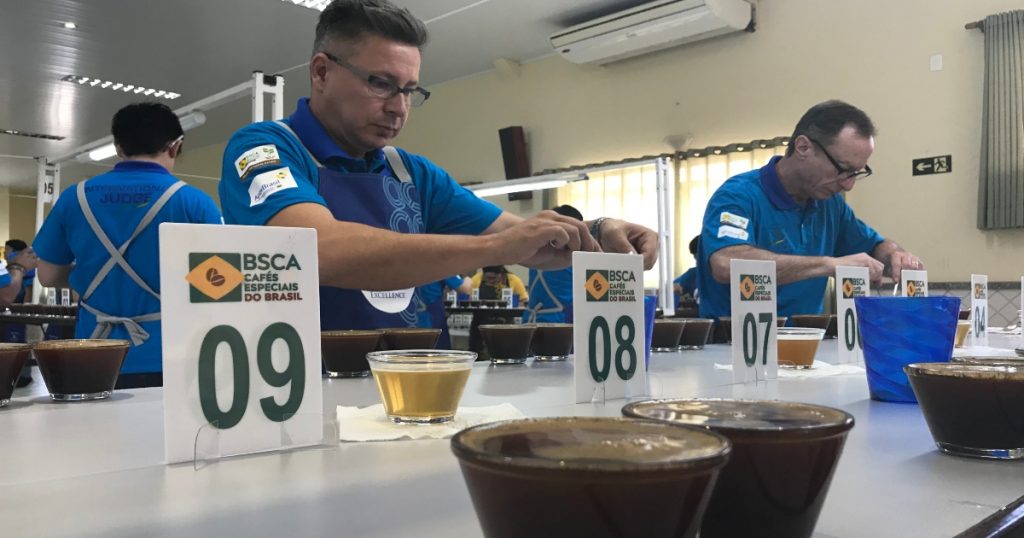 Jordan Dabov and Cup of Excellence

Our coffee hunter Jordan Dabov is part of the international jury of Cup of Excellence since 2013.

The selection of jury members is a rather complex process and requires expert level cupping skills.

Alliance for Coffee Excellence votes a huge vote of confidence in the members of its jury, because it is an organization which appreciates the annual work of farmers.

Being a Cup Of Excellence jury member is a very responsible and difficult task, because jury carelessness can thwart the farmer’s efforts over the years.

Jordan Dabov has participated as a  jury member in the Cup Of Excellence competitions in Colombia, Costa Rica, Guatemala, Honduras and four times in Brazil, including in the most significant 20th anniversary edition of the competition in 2019.

At DABOV Specialty coffee we believe that by offering Cup of Excellence coffees we become an intermediary in a fair trade between the farmer and you, the coffee lover, in which everyone wins.

We are always aware that the basis is the long-term work of the farmer, who must be rewarded with a high price for the great coffee he has produced. And on the other side is you, our coffee lover, who expects to taste one of the best coffees of the year.

Our mission is to make these coffees as affordable as possible, given that from most countries the transportation costs are higher than that of the coffee itself. However, the Alliance for Coffee Excellence is a transparent structure.

Jordan Dabov during the jubilee edition of the Cup of Excellence in Brazil in 2019 together with two of the COE founders, Susie Spindler and George Howell (left).

From the moment Jordan Dabov became a jury at the world renowned competition, we zealously followed its development, until the moment we dared to buy our first Cup of Excellence coffee, in 2015, from Costa Rica, Finca Dona Ileana.

And in 2016, we secured the number 1 coffee in Guatemala, Calibus la Sierra, which was the second highest rated coffee in the world for this year!

Many more coffees from different countries then followed.

To date, we have added 12 Cup of Excellence coffees in our catalog, namely: 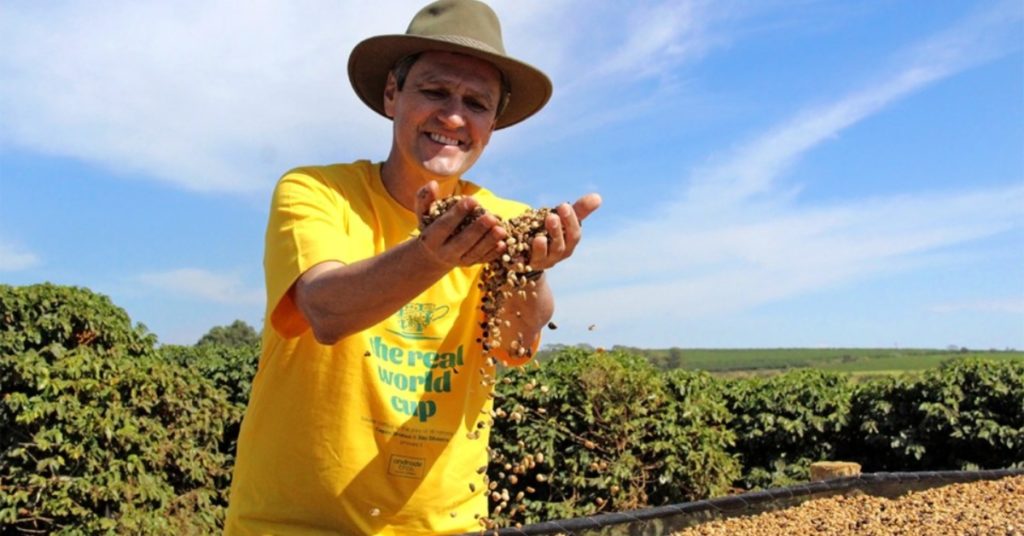 Gabriela Hueck – a caring owner of a successful farm

Gabriela Hueck is the head of the quality control of Finca La Virgen, whose coffee Nicaragua La Virgen COE # 6 2018 won 6th place at the Cup of Excellence Nicaragua this year.

The best coffee we have ever offered you

Soon, you will be able to appreciate Honduras Santa Lucia Geisha СОЕ #1 2019 – the highest ranked Geisha in all СОЕ competitions in 2019.

At the 2019 Peru Cup of Excellence winners’ online auction on Thursday, we made the highest bid for the coffee which won the competition with a total of 92.28 points.

We bought a СОЕ Brazil 2019 winner

Last night, we placed the highest bid on the online auction for the Fazenda Aterradinho coffee which garnered 88,61 points from Cup of Excellence Brazil 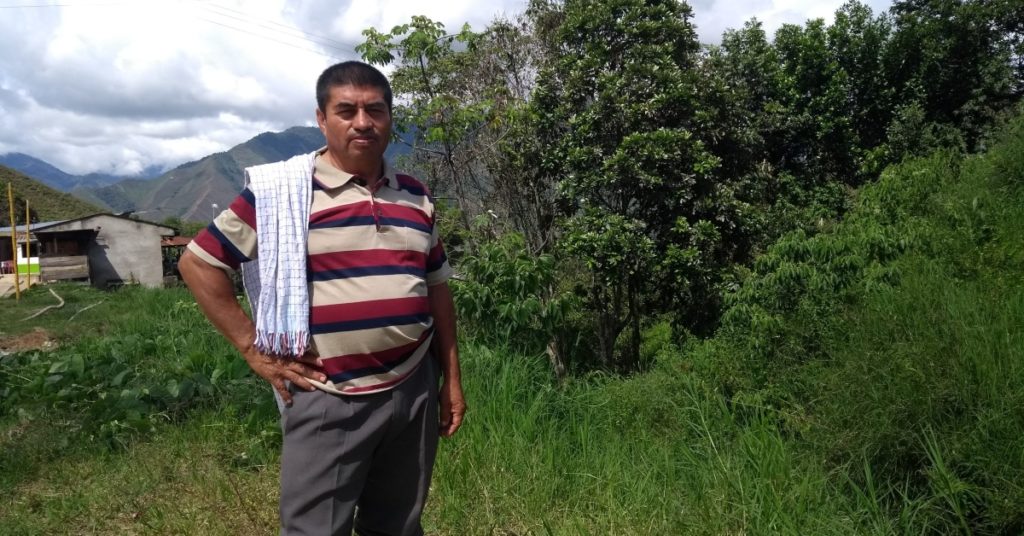 Colombia’s 4th Best Coffee for 2020 Is Already on Sale

We give you Colombia Buenos Aires Geisha COE #4 that scored 88.69 points.

DABOV snatched the 8th best coffee from the online auction of the COE Mexico on Thursday.

How do you, coffee lovers, support farmers?

By purchasing a Cup of Excellence coffee, you can be sure that you help the farmers, their families and their employees. The price of drinking good coffee here and now is the price of their work from morning to night, in harsh conditions and low living standard, very different from ours. Every sip of COE coffee gives a farmer’s child hope that he or she can have a different life.

Cup Of Excellence is a platform that meets producers and coffee lovers, and we only make this meeting possible. Our wish is to be able to help farmers as much as we can and to bring you unique coffees in return.

See here which Cup of Excellence coffees we are offering you at the moment!